Interactive and fun camps and clubs for children

Dionýz Štúr (Dionysus Rudolphus Josephus) was born in the village Beckov in the family of teachers. In 1844 he attended the Vienna University of Technology, where he studied mathematics, physics and chemistry. Later, influenced by prof. Wilhelm Heidinger, he started interested about the Natural Science.  In 1847 he acquired a scholarship based on his previous scientific activities and he began to study at the Mining Academy. During this time he published his first scientific paper about geology of periphery of Bratislava and Modra. In 1849 it was based The Imperial Geological Institute in Vienna, where he took office in 1850. The main task of the institute was transparent geological mapping throughout the monarchy, in witch was Dionýz Štúr participated for nearly 20 years long. Later he turned his attention mainly to paleobotany, in which he reached high proficiency, especially as the morphology and systematic. In 1877 Štúr became deputy director of The Imperial Geological Institute and after eight years he became its director. In 1862 he was awarded at the World Exhibition in London the gold medal for his research and geological maps, while the English geologist was in that time the top level.

He excelled with high talent, diligence and love to natural sciences. His scientific activities fall within three disciplines including geology, phytopaleontology and botany. In his time he corresponded with many prominent scientists, as was Darwin, Purkyně or Palacký. He enforced the theory of variability of species even before the release of Darwin´s work. He was interested in the problems of The Slovak republic, he was a signatory to The Memorandum of the Slovak Nation, and he was participated on the establishment of The Matica Slovenská and gymnasiums. His professional works were published in Slovakia and especially in Vienna. He wrote under the pseudonyms Diviš Štúr and Škorpion, too.

He studied flora of the Triassic and Jurassic layers in Slovakia, but also flora of Culm slates and Carboniferous Basins. He was the first one who recognizing a geological position of the Carpathian melaphyres. He introduced to the stratigraphy of the Carpathians up to this days used terms like as Carpathian Keuper, Lunz or Gresten layers. In Klippen Belt he identified and named Púchov´s marl, Oryol layers, Upohlavské conglomerates, Súľovské conglomerates and others. He also introduced a terminology for naming of karst phenomena derived from naming in Dalmatia, Croatia and Slovenia (many of these names are still used in the world). He was also author of the name of the Low Tatras Mountains. With his wide overview he laid the basis for new research in geology, phytopaleontology and botany in the Central Europe. 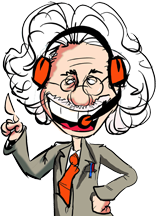